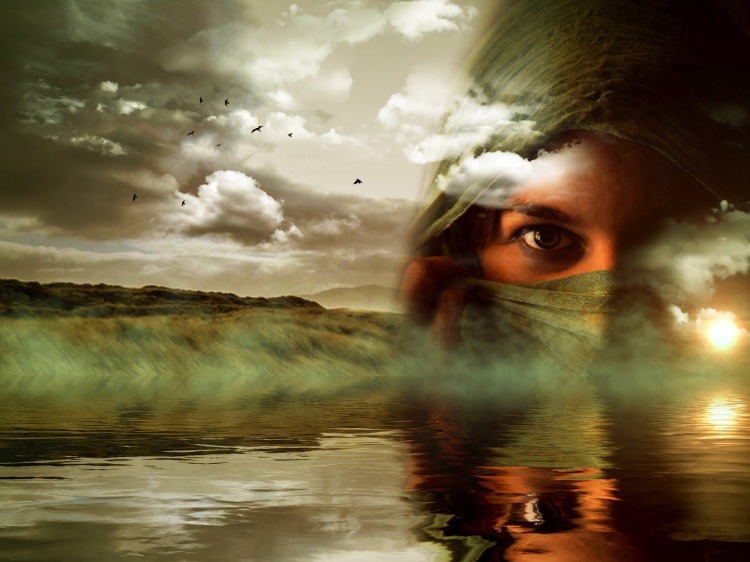 After seeing Amanda Ellis channel Michael Jackson and Princess Diana on her YouTube channel, I thought of making my personal channel sessions with humans who crossed over the Rainbow Bridge public. However, as much as I enjoyed doing this work, I feel strong reservations.

Channeling angels and ascended masters already puts a spiritual medium or channel at risk. Channeling humans who still have egos on the other side of the veil, places us at further risk from public ridicule and threats, especially from fundamentalists who can’t leave well enough alone. While I don’t go to the sites of Evangelists and criticize their messages, they don’t have a problem trespassing into my sacred space and leaving nasty messages. I even received a death threat at one point. Hopefully, that was just a bot.

Other spiritual channels have also received threats and one even removed a video because she feared for the safety of her family. So, I ask is making spirit channeling sessions public worth it any longer? I haven’t received more subscribers. In fact, I’ve lost subscribers, especially when I’ve channeled controversial figures such as Michael Jackson (who I believe is innocent of the pedophile allegations).

The other argument I make against making my private channel sessions with humans who crossed over the public is that I’m not going to receive the highest level messages from those humans. For one thing, they still have egos. They are not ascended masters or angels. While some of the souls have good intentions and they want to help humanity, they are also looking for human bodies to complete their work on the planet. Have they ever considered that we have our own life paths to complete and abilities to master?

After passing through the Lion’s Gate Portal and undergoing new spiritual understandings I find that I don’t want to serve as a telephone receiver at this point in my spiritual journey. I make the exception with angels, ascended masters, and God because those energies are pure and without ego attached to them. Those energies are more expansive without human baggage attached to them.

For instance, when I channeled Robin Williams I could still feel his mental health issues despite that he is healing on the other side. I also experienced his light since we all have the light that radiates off us. But I have to say that most of the session was focused on him explaining himself and not giving any advice to humans still struggling with the Earthly experience. And this has been the same for most of the souls I channeled. (He did send love).

The exceptions are the musicians I have channeled for Whole Music Experience (YouTube) who give us advice on how to heal with music, the history of healing with music, and music lessons. I find these sessions useful for musicians and people on a conscious path.

The other problem I had from channeling human spirits is that they depleted me of my life energy. I know that they didn’t do this intentionally, but once we open the door to them, they stick around and vie for attention. This removed my focus from the work I know I need to get done and stopping everything to get my computer out so that they can deliver a message to the public.

Some viewers enjoyed those videos and I appreciate their comments and interaction with the human spirits. And maybe I’m turning my nose at an amazing gift since I believe my communication with the souls is the real deal. When so many YouTube hosts are pretending to talk to spirits and raking in the money doing this work, I realize that the community requires more authentic spiritual teachers and healers. I assure you that they do exists but you need to sniff them out. They aren’t advertising as widely as the fake channels. And they aren’t dramatic or the prettiest to gaze at.

My final observation that I’ll mention here is that the spiritual community has transformed into a fashion show. Some of the spiritual channels and angel card readers would be better off hosting a fashion blog and to leave spiritual channels for those folks who passed through initiations and would deliver their messages dressed in pajamas if the situation called for it. The messages are more important than the color of someone’s eye shadow or shade of lipstick. Also, what’s the deal with big blonde hair for some of the angel card readers?

Yes, I get that looking professional on camera is important. But let’s stop calling attention to ourselves as if we are creating video selfies of ourselves channeling celebrities. If the message needs to come through it will. In the meantime, let’s return to the teachings of Saint Francis of Assisi (Integrity, humility, compassion, and forgiveness). Let us return to God/Creator/Source and truly mean it.

I will continue to channel ascended masters, angels, and saints for the public. And if private clients want to hear messages from human souls on the other side of the veil, I will offer that to them along with astrology and card readings. Sign up at Whole Astrology.

I reside in the rainy Pacific NW (Washington State) where I write novels, short "green" fiction, and poetry. I also go for walks capturing the beauty around me on my digital and freelance as an arts and culture journalist. When I'm not doing all of the above (and sometimes multi-tasking), I research the healing power of music. You can learn more about that at Whole Music Experience, www.wholemusicexp.blogspot.com and I teach workshops on healing with music. View more posts

This site uses Akismet to reduce spam. Learn how your comment data is processed.